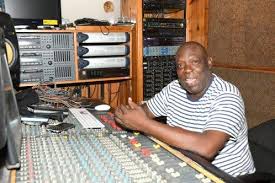 Greetings
There have been many great reggae producers from Jamaica and one of the most influential of the last few decades  Robert 'Bobby Digital' Dixon died 21 May 2020 aged 59. He became a legendary producer who had success in dancehall, roots reggae and lovers rock. Along with King Jammy, Bobby Digital was considered one of the pioneers of the dancehall computerized rhythms of the 1980s.
Bobby Digital was born in the Waterhouse district of Kingston and sound system dances were where the latest hits were heard and like every young dance-goer, he had ambitions to have his own sound system. He later became a trained technician fixing televisions and radios. Then has chance came when he was introduced to King Jammy who subsequently took him on in 1985 as his production engineer. This is where he learned the art of music producing and production.

The mid-eighties was also a time of change and experimentation for reggae music.

King Jammy was experimenting with digital sounds and rhythms and Bobby Digital was at the right place at the right time diligently absorbing new techniques and digital equipment, this grounded from his technician background. This was noticed and his moniker 'Bobby Digital' was born.
His desire to experiment with this new computerized phase of reggae music and test out his own ideas led him to strike out on his own in 1988 starting his own studio named Heatwave. Also starting his own label Digital B and a successful distribution company. He eventually went on to establish his own Heatwave sound system.
He was not just a producer in the strictest sense he was a mentor to many of the artists he worked with. He had the gift of recognising talent and knowing how to get the best out of that talent. He was known to take as long as it takes to get the sound he was looking for. Often testing out the reaction to his productions on his sound system and then returning to the studio to tweak the production. This dedication led to the Heatwave Studio having its own sound which is a hallmark of a great production engineer and guaranteed a steady flow of eager talent to his door. 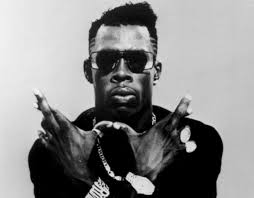 His gift for recognising talent led him to produce some of the most recognizable names in reggae music, in particular, Shabba Ranks and Sizzla. His work with Shabba Ranks was his breakthrough as a producer. His production credits on Shabba's album 'As Raw As Ever', which went on to win the Best Reggae Album Grammy in 1992, meant that he finally got the international recognition he deserved and those Shabba hits kept on coming 'Trailer Load of Girls', 'Peenie Peenie', Wicked In A Bed and more.
His success continued in the 1990s working with CocoaTea, Garnet Silk, Sizzla and Morgan Heritage. He seemed to have a particular connection with Sizzla and produced the now-classic album 'Black Woman and Child' a tribute to Sizzla's mother. He produced the Morgan Heritage and anthem-like hit 'Don't Haffi Dread (..to be rasta)' and continued his association with Morgan Heritage working on their 'trilogy' Morgan Heritage Family and Friends. 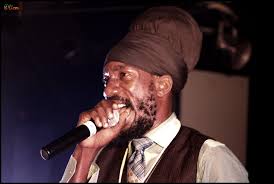 What set Bobby Digital apart as a producer was his relationship with his artists. He knew how to get the best out of them and respected them so that they were willing to accept and take on his advice. Many saw him as their mentor and many mourn his passing.

The top tier of Jamaican producers is a small club and he is recognised as part of that club. Many of the greats like Bunny Lee and King Jammy and the Downsound producer Cordell ‘Skatta’ Burrell, hailed Bobby Digital as "having made an outstanding contribution to Jamaican music and culture".

His legacy will continue to be heard and those he mentored continue to inspire the next generation of reggae stars.
Bless