The stated charitable purpose of BAFTA is to

"support, develop and promote the art forms of the moving image, by identifying and rewarding excellence, inspiring practitioners, and benefiting the public".

Are the BAFTA awards a pale imitation of the creative industry it purports to celebrate. Reading the stated purpose of BAFTA I would suggest it is falling short of its objectives. If there is one industry that is vibrant and diverse in its practitioners it is the film and music industry. So the furore around the current crop of nominations for the 73rd BAFTA awards is justified in my opinion.

There was a similar argument directed at the OSCARS for many years and this lead to structural changes in the make-up of the academy members which led to a more diverse set of nominations in 91st award ceremony.

But why you may ask, did the OSCARS bow to the pressure to change. Well the answer is relevance. If you don't stay relevant to your practitioners and consuming public, then something else will take your place. This is a lesson the BAFTAs need to take on board. 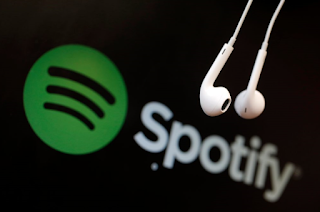 However, as they found out if you don't give people what they want they will find another supplier and so music streaming was born.

Similarly, if the BAFTAs begin to lose relevance an alternative will surely arise.

The world is changing fast and how we get our fill of film and music is continually becoming more sophisticated and the power is shifting.

Who would be surprised if within a decade Netflix, Amazon or YouTube developed their own awards? These are global brands easily identifiable and relevant in many peoples lives and already have a certain Kudos. 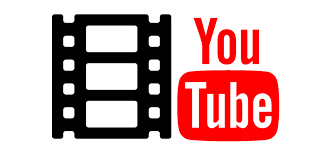 The BAFTAs are held up as a standard. Like any standard, this is built on trust. Once that trust starts to erode it is very difficult to re-establish. So time is not on the side of the BAFTAs. Like technology, obsolescence can be applied to organizations as well.


When the industry practitioners themselves are demanding change then you ignore this at your peril. I think the acceptance speech by Joachin Phoenix was spot on.

The BAFTAs can remain a cosy club that has an annual ceremony and plays by club rules or it can look deeper into its industry and instead of being a pale representation of those that create the works that it celebrates, it can become a vibrant and true representation of the film and TV industry.

This is a reggae blog so, one thing I would really like to see is more reggae film scores. Instrumental reggae has had great innovators like King Tubby and many new genres have been spawned from these innovations.

The whole gambit of emotions can be conveyed through reggae yet, you would struggle to find a reggae track used in anything other than a niche film. I know there are hundreds of genres for curators to choose from but reggae has something to offer it just needs to be given the opportunity.

In my next blog post, I'll talk about what I believe to be the best reggae film scores and moments.