FREE Downloads! Is this the Future? 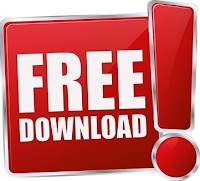 Free music downloads is this where the music industry is heading. As Sam Cooke once sung 'A Change is Gonna Come'. The music industry is unrecognizable from 30 years ago as technology has been a catalyst for change, an enabler. As with all change there are those that fight it and those that embrace it. However, history has shown that those that embrace change are likely to benefit from the upheaval and as creators of music, I believe this is the best path to follow. I'll explain my reasoning in a minute.

As I said above technology has been an enabler and not just from a music production perspective. When I first got into the industry the executive power, the makers and breakers, was in the hands of the few. This included


a) How business was conducted
b) In what form music was produced
c) Where you could listen to it.

Because of this many signed artists did not benefit as they should have also talented creators of music were excluded and were just not visible. Fans could not get access to the music or their heroes as much as they would like and there wasn't a mechanism for change. So the industry model was, the labels made the stars and controlled their revenue streams, the fans hear only what the labels put out and pay for the privilege.

As one of the reggae greats Delroy Wilson sung ' Better Must Come' and I think it did and will continue doing so. Why? Technology and knowledge has advanced at a rate that meant music production and music broadcasting was within the reach of many (better). Music creators could communicate directly with those that held the purse strings, the fans (better). Now the next point is where fight change or embrace it comes in. Because of technological innovation fans had options around where they could listen to music and whether they wanted a physical representation of the music (maybe not so better). Historically, this was the main way that fans showed their appreciation to the artist, buying the single or the album.

Those that monitor music trends seem to suggest that music downloads are on a downward spiral. However, as creators of music let's embrace it. So the fans may want free music downloads, does that mean we are all doomed? I don't think so.

There is an insatiable desire for new music and those of you with a strong fanbase know those fans want more and more importantly are willing to HELP you deliver more music to them. Be this by paying to go to your gigs, buying merchandise, crowd funding your new project, market your songs (social media sharing), paying for personalized productions, meet and greet etc.

The power balance has shifted and everyone is trying to keep up with the trends in music production and promotion. The time when buying the artist's single or album as the main contribution by the fans to the artist's success is over. Fans are still with us we just have to embrace their needs, where we can, as well as the change that they drive. Then 'Better Must Come'.