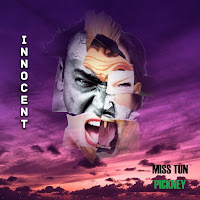 The single by Miss Tun Pickney entitled 'Innocent' . The idea for the song is that innocence is not defined by the innocent. This is something that I have always found a bit scary. You here the saying 'if you are innocent you have nothing to fear'. But from what I see in the news bulletins everyday that seems  an over simplification. Cases of mistaken identity, the treatment of outsiders, racial profiling, bullying and trolling. All these are circumstances that put a presumption of guilt on a person my others. When this happens it can be very difficult for that person to put things right without making matters worse.

You see it everywhere as there are so many mediums to voice opinions. Social media has made it easy for people to hide behind a profile, which, for the concept of free speech is a great thing. But can be devastating if a campaign against an innocent person is conducted because the speed of communication is instant the opinion can go viral in hours.

Sadly, there have been many cases where the trauma of the campaign is too much for some and has ended in tragedy. To be, this conveyed that no matter your personal view of your innocence, it is really in the control of others, whether justified or not. We live on a narrow track where we normally do not have to justify ourselves but, it doesn't take much to change that. So, in the song I try to define what innocent means to me and ask the question 'what does innocent mean to you'. I think it is a question we should all ask ourselves and then see if we like the answer.

It was difficult thinking of a theme for the cover art. How to reflect what the song is about in one image. Innocence, as far as I was concerned, was a birth right of all people and I wanted to try and reflect this in the video and the cover art. So, I threw this over to my graphic designer to come up with some ideas, one of which, was a face, but whose face? Then, the idea of a face that was a collage of other faces came to mind.

A few options were put forward and I settled on the one you see in the cover art. I wanted to try and convey a couple of ideas, is this the face of innocence and " I am innocent!". I don't know if this worked, I'll let you decide. But, I hope you find the image interesting, let me know what you think. 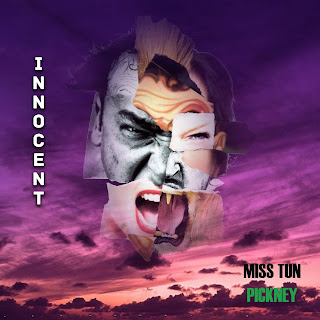 This is why I love creating music because there have been so many songs that really have made an impact on me. I hope you will listen to it and maybe you will agree or disagree. The main thing is, I hope it strikes a chord (excuse the pun) with you in some way. Let me know what you think, comments are often great triggers for a new song idea as well as great feedback. The video link is here