You may be thinking from the title of this post that I am referring to the great Muhammad Ali but, in fact, I am alluding to songs by the rising Jamaican reggae artist Mortimer.

AKA Mortimer was born in Kingston Jamaica but raised in the rural Whitehall district of St.Elizabeth. Like any young man, he had dreams and these initially, were directed towards the life of a soldier or auto engineer. However, being raised in a religious home he was exposed to the power of music when he sang in his church choir. Music became his passion and directed his ambitions. His early influences were the reggae greats like Bob Marley and Jacob Miller and soul legend Donny Hathaway.

"I do music because it is my first love and where my passion lies. For me, it's about a message... One of love, hope, kindness, selflessness, and also an opportunity to share a piece of myself with others" - Mortimer

Armed with drive and passion he embarked on his debut project 'Message Music' an EP released in 2014. This got him on the radar of established reggae producers and artists including a member of the new roots revivalist movement Protoje. They collaborated on the song 'Protection' the opening track to Protoje’s critically acclaimed third album 'Ancient Future'. He has not looked back since.

Mortimer Released a new EP at the end of 2019 entitled Fight the Fight consisting of six tracks. It includes the previously released tracks 'Careful' and 'Lightning' and four new tracks including the title track 'Fight the Fight'.


"Jah give I courage to fight the fight
I know they might try to conquer I ...."

The EP starts with the 2018 hit 'Careful' a heavy track both instrumentally and lyrically. The drum and bass and horn section lay down a classic heavy riddim and backed up by lyrics that don't shy away from denouncing those so-called friends and family.

This is followed by the 2019 hit 'Lightning' a laid back love song with a touch of Dennis Brown. But, this is a track that shows Mortimer's unique vocal style and songwriting skills. He matches the vulnerability and feelings inherent in the lyrics with a subtle fragility in his voice which makes the lyrics feel even more sincere. Great artistry at work.

Mortimer rides the 'Misery' riddim with an almost wailing, mourning style. He has the ability to match his vocal phrasing and tone to the lyrical content which makes the listener take in his words and not just focus on the riddim.

Following 'Misery' is the title track 'Fight the Fight'. On this track, you can hear some of Mortimer's musical influences in the vocals and production. There are touches of Bob Marley and Bunny Wailer and there is nothing wrong with that. But, that pedigree demands that a singer builds on that foundation and execute it well. Mortimer certainly does that.

His raspy and smoky voice guides you over a catchy chorus riding over a  roots-rock riddim that is comfortingly familiar but fresh at the same time.

Like Lightning, Style & Grace gives an insight into Mortimer the songwriter. Lyrics focusing on attributes of character that make the listener, whether male or female, feel comfortable with the message. The riddim has a more progressive reggae feel and the vocals have an RnB slant that works well.
. 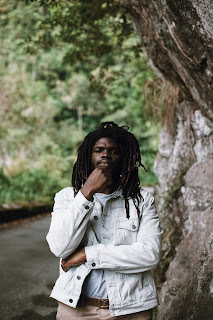 The final track on the EP is 'No Lies'. This has a more full-bloodied RnB/ HipHop feel. Mortimer uses his falsetto to full effect interwoven with some sing-jay. There are no boundaries for Mortimer and I am sure we will hear more forays into other genres in the future.

I think this is a great EP from a talented vocalist and songwriter who we are going to hear a lot more from in the future.

My favourite track is Fight the Fight but give them all a listen on a quiet evening in or on the road. It's time well spent.