The Shining light of the roots reggae revivalist movement, Chronixx, has released the single "Jah is There" which is featured on the deluxe edition of the Dread & Terrible project.

Chronixx re-issues the deluxe edition of his seminal project, Dread & Terrible (via Soul Circle/Seed Distribution) on its five-year anniversary. This re-release contains 11 tracks such as his now-certified classics "Here Comes Trouble," "Capture Land," and "Spirulina."

Previously unreleased, "Jah Is There," produced by Chronixx, was intended for the original release of Dread & Terrible but did not make it in time for production.

Born Jamar Rolando McNaughton on 10th October 1992, in Jamaica's second largest city Spanish Town, Chronixx was musically nurtured from an early age by his father, dancehall artist Chronicle, and grew up surrounded by the likes of Burro Banton and Gregory Isaacs. Chronixx's youthful voice carries the wisdom of generations of reggae singers before his time and holds positive messages for the youth of this generation.

The Grammy nominated singer-songwriter and producer has been described as a “legend” (by the likes of Noisey and GQ) and “The future of reggae” (by The Sunday Times) who is “putting Rastafarianism back into Reggae” (The Guardian). Having organically built a devoted fan-base and turned industry heads as one of Jamaica’s fastest, most-promising talents. Chronixx’s own take on the roots sound, sometimes referred to as New Roots, has re-invigorated the roots sub-genre and is taking roots reggae to a new global audience.

Jah is There  is a song that shows that Chronixx refuses to be boxed in by pre-conceived musical boundaries. This IS roots reggae but not Chronixx riding lyrically over a driving drum and bass riddim as he does in "Here Comes Trouble" or "Capture Land".

I then expect to hear a wicked drum and bass riddim kick in but no. Okay, in a couple more bars, nope. It takes me this time to realize this song is taking me somewhere else. It is intended to reach parts other Chronixx releases haven't reached. This is a song of introspection.

2nd Lick.
Okay, I settle myself down relaxed with a suitable beverage and click play.
The music is there to support the message Chronixx wants to convey not to compete with his voice. The music has an atmospheric feel laying the foundations for you to absorb what is to come. It is thematic like a film score setting the platform for the coming scenes, narrated by Chronixx's soothing tones.


The musical tapestry draws from hip-hop, jazz and soul. But, there are many flavours that come to the surface the more you listen. Well selected synths and samples compliment but never crowd the lead vocals the focus is the message. At the end of the song Chronixx's voice almost becomes celestial.

Listen to this song with no distractions with lights down low when you feel ready for a little introspection. For lovers of Chronixx's distinctive lyrical voice, you won't be disappointed.  But Chronixx is taking us on a journey that crosses borders. This song is an indication of the journey ahead. I for one, recommend you follow.

Listen to JAH IS THERE here 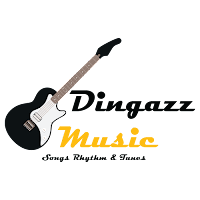