'every genre needs an icon or icons that can drive the music forward on an international level, a symbol that transcends the music.'

The return of Buju Banton to Jamaica and the success of the 'Long Walk to Freedom' tour has shown that reggae still loves an icon. Someone who represents the core struggle that created reggae music. At the moment, I believe there is a global vacuum but for how much longer.


Mark Anthony Myrie later to become Buju Banton, was born in 1973 in the Kingston, Jamaica. His music career started when he was 13 performing on sound systems.  He was destined for success and eventually released his first single 'The ruler'.

Coming from a social background that was typical of a hungry musician and which underpinned the original message of reggae music, Buju had forthright views that he was not afraid to express in his music. This led to controversy after the release of some of his works like 'Love Me Browning' which touched the controversial topic of skin hue and 'Boom Bye Bye' which contained homophobic lyrics. The latter attracting worldwide attention and causing considerable damage to his international career. However, this did not halt his progress.

Buju transformed himself from dancehall king to embrace the teachings of Rastafari in the 1990s. However, such was his talent that his success increased even more. One of his hit singles "Murderer," sung over a Mafia and Fluxy built riddim, was inspired by the murder of his friend Panhead which reflected the violence in Jamaica at the time. He went on to win Grammys for the best reggae album in 2009 for 'Rasta Got Soul' and 2011 for 'Before the Dawn'.


Everything came to an abrupt halt in 2011 when Buju was convicted in the US and sentenced to 10 years imprisonment. This could easily have been the end of his career not just because of the time away from the music scene but had Buju lost that magic touch? Well, the Long Walk to Freedom tour has put that notion to bed. His performances have had critical acclaim, Buju is Back!

Reggae has gone global but in this new wave of reggae popularity, it is driven by local preferences. Each reggae market has its own flag bearer, artists or bands that deliver the local brand of reggae music their followers want. This is great for the diversity of sound and creativity of reggae but, every genre needs an icon or icons that can drive the music forward on an international level, a symbol that transcends the music.

This is no mean feat. Reggae was blessed by the presence of the likes of Bob Marley and Peter Tosh. Even now if you travel to the outer reaches of the world it is likely that their image or name will be instantly recognisable. These are the heights that the current reggae stars must try to attain. 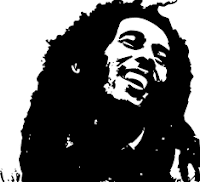 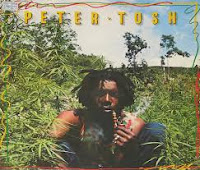 There are some great new reggae artists who may one day turn out to be global icons Chronixx comes to mind. But is the mantle of global reggae icon something that Buju Banton can attain. He has a huge following and there is a lot of international attention at the moment.

Maybe this is his time we will have to wait and see. But one thing is for sure, whoever it is, they will have the support of all lovers of reggae music.