Are Street Musicians and Buskers Hiding a Secret?


The marketing gurus say the secret to success is getting your music out there and promoting it for all it's worth. However, for the indie artist, a lot of the promotion will be undertaken by themselves. Some of this will be through social media via pictures and videos on platforms like Instagram and YouTube. If you have a following then showcasing your music at gigs is another possibility. You can also send demos to radio stations and record labels but it is hard to stand out from the crowd.

Ed Sheeran one of the world's best selling artists began by sleeping on couches of friends and busking on the London underground (metro) before gaining the attention of an influencer.


While at university, Tracy Chapman would sing in the sought after Harvard Square that required a permit to perform there. A fellow student Brian Koppelman brought her to the attention of his father who ran a record label. That was the break she needed and she was eventually signed by Elektra Records and the rest is history.

Before Beale Street Blues Boy became “B.B. King” he started off just as a wannabe kid playing the guitar on the streets of Mississippi for some spare change. King would eventually perform all over America gaining fans wherever he went and become one of the greatest blues guitarists of all time.


So, street performing or busking can deliver, if you are lucky. 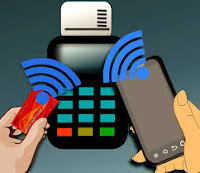 In many cities, street performers are seen as a tourist attraction and when it comes to street musicians and singers there are some exceptional artists out there.  However, the reasons for being a street musician can be varied:
and many other reasons. With technology shrinking equipment, street performers can now have surprisingly good backing and PA with them which allows a better overall experience for the public. Even the payment of gratuities has not been left behind in the technological revolution. With the use of POS (point of sale) machines or dedicated text or phone numbers used by the street musicians or buskers for the public to make donations.

Street performing goes back hundreds of years but in the 21st century, it is still relevant. A good street performer will be captured on many mobile phones. The images or videos uploaded to platforms like Instagram and YouTube where they could be shared over and over again. The street performer can now be a YouTube star by capturing the public's imagination and so use this to their benefit.

So the next time you pass a street performer you may be looking at a star of the future. Ed Sheeran, Tracy Chapman and B.B. King are testaments to that.