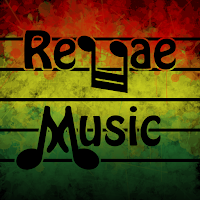 Firstly, I 'd like to congratulate David Rodigan on 40 years in the business. That is some achievement in the fast changing world that we live in. For most reggae lovers living through the period, David Rodigan would definitely have played a part in your journey.

Reggae Fever Back in the Day

The film and the commentators definitely gave a feel of what it was like at the time being young and black and even David Rodigan's re-telling of his interview for BBC Radio London gave an indication of the political and social environment at the time.

Let me explain, I have no doubt David Rodigan's knowledge of reggae was deep but, the fact that he got the job when the station was specifically looking for a black presenter, says more about the parlous state of the black community, confidence was low, especially among young blacks, but this was about to change (I'll come back to this later). However, thanks to David Rodigan's drive to play the latest reggae his weekly show was a highlight of the week.

This period was also the time that my love for reggae moved into something more tangible with the forming of a band with my brothers and friends called The Instigators.

We had a strict Jamaican upbringing. However, our father always instilled in us a pride in our Jamaican heritage and a confidence to succeed. My brothers Leroy and Dave had no doubt that we would be successful, though being the eldest I had my doubts.

Homegrown British reggae, at the time, was still finding its feet and was looked down upon as not being authentic, even by the British reggae media.

This is where David Rodigan first made an impact on our future. As David Rodigan mentioned, one of the big sound systems at the time that he followed was 'Fatman' sound system. It was Fatman who took us under his wing and brought us to the studio to record.

We laid down the rhythm tracks for Fatman's album 'Late Night Session' with two DJs from Fatman's sound Roy Ranking and Raymond Naptali. As the press cutting shows, no-one believed the tracks were laid down by a British band even the renowned David Rodigan.

This reticence to believe by David Rodigan raised awareness of the band. This was his influence in the British reggae arena and as the film showed he was not afraid to enter the Jamaican reggae arena to make his mark. That takes courage and confidence I can assure you.

As mentioned before, the film showed some of the social background during the rise of British reggae. There were periods of rebellion but a growing identity which increased confidence and was being reflected in the music by bands such as Aswad and Steel Pulse. As the film stated, this was accompanied by the rise of Rastafari in Jamaica and the influence this had on the music with the emergence of 'Roots Reggae'  or 'Conscious Reggae'.

This confidence in taking on the system and the demand to hear reggae music led to the emergence of 'pirate' radio stations. These were unofficial radio stations broadcasting reggae to local communities. Eventually, with a change in government policy, some of these became licensed. But, as ever, David Rodigan was still there.

Jamaica was still the centre of reggae creativity, but British reggae was growing in confidence. So, it was interesting seeing David Rodigan going into the lion's den of Jamaica to take on the great Jamaican sound systems in sound clashes and holding his own. This mirrored another step into the lion's den by my brothers Leroy and Dave who had now become Mafia & Fluxy, the most prolific drum and bass 'riddim' section in Britain.

A sub-genre of reggae had emerged 'Dancehall'  led by Steely & Clevie from Jamaica. Hit upon hit was being produced by the Jamaican duo. British reggae was playing catchup and this continued the myth that authentic reggae could not come out of Britain.

Mafia & Fluxy were alive to the new sound and accepted the challenge, starting to produce their own dancehall productions. Soon, however, the reputation of Mafia and Fluxy had caught the attention of Jamaican studio owners and they were brought over to:

The story is for another time but ends with Mafia & Fluxy in high demand and the myth that authentic reggae could not be played by British musicians disproved forever.

To me, this is the story of David Rodigan a white male who loved reggae music and Jamaican culture in a time of social upheaval, divisions and suspicion and just did his thing, breaking the perceived mould of a 'real' reggae music lover.

Now, reggae is truly global, with white reggae bands like Rebelution in the US having huge followings. Reggae is now no longer 'owned' by a racial group it now belongs to everyone, as it should be. It has spawned new genres like Drum and Bass, Dub Step, EDM. Reggae itself has sub-genres Roots & Culture, Dub, Lovers Rock, Dancehall, Reggae Fusion.

David Rodigan is still here, still loving reggae music, still doing his thing for over 40 years. No one can say he hasn't earned the respect of his peers and reggae lovers globally. He gave us the opportunity to hear reggae music on radio during a time when reggae airplay was almost non-existent.

For that, I salute you Mr Rodigan.