The Rise of Reggae Fusion 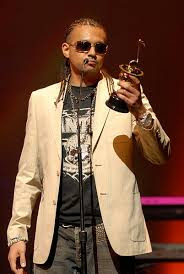 Greetings
Reggae has developed since its original inception and now has many subgenres, for example, roots reggae, dancehall, lovers rock and dub. Most fans and commentators would consider these legitimate reggae music subgenres. However, with Jamaica's proximity to the American market, Jamaican artists have always sought to find a way in. This has resulted in collaborations with artists from other genres like hip-hop and jazz. While producers and musicians started experimenting by fusing reggae with other genres.
So what is Reggae Fusion?
Well, before reggae fusion became a recognized genre, around the 1990s, experimentation with reggae was taking place from as early as the 1970s and usually described as Pop Reggae or Punk Reggae depending on what music was being 'fused' with reggae. So reggae fusion is reggae mixed with any other genre such as Pop, Hip-Hop, RnB and Jazz.
Initially, reggae fusion drew criticism because it was seen as a watered-down version of reggae. However, the late80s and 90s was a time of change for reggae with the likes of King Jammys and Bobby Digital creating digital Dancehall music which became very popular.
Related post: Bobby Digital
Dancehall easily lends itself to fusion with other genres and with one of the lucrative US music market within touching distance dancehall producers and artists wanted to get a piece of the action. Dancehall tracks began to contain elements of Hip-Hop and RnB. This indeed led to success for artists like Shabba Ranks and Buju Banton.
.
One of the most recorded and remixed dancehall fusion riddims was created in 1998 by Jamaican producer Steven “Lenky” Marsden the now legendary “Diwali Riddim.” named after the Hindu festival of light, it is a fusion of dancehall and bhangra and has stood the test of time.
As well as being defined as a fusion of reggae with other genres, reggae fusion is also used when describing artistes who switch between reggae and their 'known for' genres or 'chat' over music that is not reggae. Artists such as Shaggy and Beenie Man have had success in the US markets with this approach.
In the 2000s Sean Paul achieved international success with singles such as Baby Boy and Get Busy amongst others. Artists from other genres such as Rihanna, Bruno Mars, and Jess Stone have incorporated reggae into their songs.at some point.
Reggae fusion finally received Jamaican recognition and acceptance, when the song 'Holiday' by Ding Dong, won Song of the Year 2010 at the EME Music Awards in Jamaica. This marked the first time a reggae fusion song won this prestigious award. Reggae fusion was now part of the family. 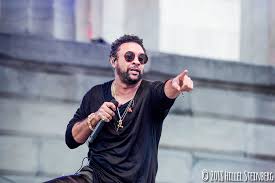 A new generation of artists and the mainstream acceptance of dancehall, has now seen a proliferation of dancehall-inspired reggae fusion tracks on the albums of major music artists such as Drake, Ed Sheeran, Justin Bieber, Katy Perry, Kanye West and more. And so continues the rise of reggae fusion.
The reggae genre continues to spread, progress and influence. The great thing though is that all reggae vibes still have their supporters and fans, from roots reggae, dub, dancehall to reggae fusion. There is plenty of space in the reggae universe for everyone to live long and prosper.
Bless
Labels: Bobby Digital Jamaica new reggae reggae artists reggae fusion reggae music